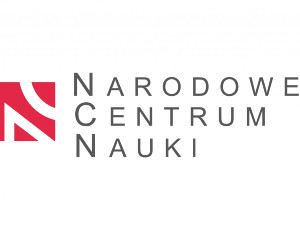 Subjective aspects of meaning in the translation of academic prose from a cognitive linguistics perspective: a “one-to-many” parallel corpus pilot study based on English-Polish translation

People tend to associate academic texts with difficult vocabulary and long, syntactically complex sentences whose aim is to describe facts accurately and objectively. However, more and more studies show that various elements of academic prose do not directly refer to facts or scientific findings, but express the ways in which they are conceptualized by the author of the text, or the researcher. Such elements can therefore be called “subjective”. Interestingly, it turns out that such subjective elements are not infrequently used to make the claims put forth in the text more convincing to the reader. Hence the question: what happens to those elements in translation? Professional translators of academic texts may pay due attention to the discoveries, phenomena and facts discussed in the texts they translate, but do they pay equal attention to the subjective elements of meaning?

In order to shed some light on this question, dr Łukasz Wiraszka carried out an experiment that involved commissioning five Polish translations of the same scientific text in English, each done by a different professional translator. The assumption was simple: the “objective” content is likely to remain intact. However, will the different translations portray that content in the same way or will they differ one from another in terms of its subjective representation?

The findings have confirmed what was to be expected: in numerous cases the translations different both from the original and from one another in terms of the representation of the facts and claims expressed in the text. Some of the translation shifts made by the translators were relatively insignificant, e.g. emphasizing a detail or introducing a shade of meaning absent from the original. Yet, others proved quite serious, such as expressing as an indisputable fact that which was presented as merely a hypothesis in the original. The conclusion is fairly straightforward: research on the translation of academic texts should benefit from noting certain “details” that have so far been mainly the concern of studies on literary translation. Besides, the old adage proves true: different translators will always produce different translations. This is also the case with the translation of academic prose.